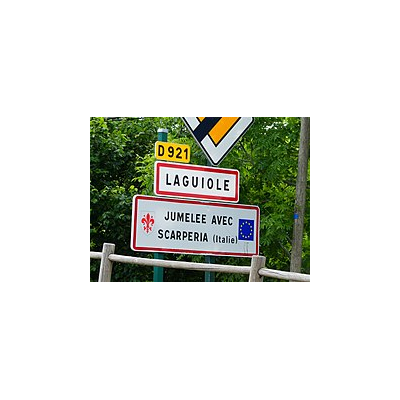 There’s been a victory for Laguiole, the village in Aveyron famous for its knives bearing a bee insignia on the handle, which since March 5, 2019 has benefited from the Paris Court of Appeal ruling that cancelled twenty brands using the “Laguiole” name.

The municipality had been fighting for over twenty years against a Val-de-Marne businessman who in 1993 registered the Laguiole name as a trademark in France to designate not only knives, but linen, clothing and fertilizers as well. The range of products sold under that name did not come from the Laguiole municipality at all, and most of them were even imported products. The patent applicants were not citizens from the municipality either.

As such, the Laguiole village craftsmen were deprived of the possibility of manufacturing or selling products under the “Laguiole” brand without being sued for counterfeiting. “Even with a locally made product, I would’ve been declared a counterfeiter, sometimes even up against Chinese products,” explained Thierry Moysset, manager of La Forge de Laguiole, a company manufacturing the ‘authentic’ Laguiole knife.

In 2010, the municipality brought the case before the Tribunal de Grande Instance of Paris (district court), in hopes of obtaining the cancellation of the “Laguiole” brands. The case was dismissed and the ruling confirmed on appeal in 2014. However, in late 2016, the Court of Cassation introduced a new episode in the legal proceedings by partially annulling the Court of Appeal ruling; it noted that the Municipality had proven that the brands being sued had been registered maliciously.

The case was finally judged on March 5, 2019 by the Paris Court of Appeal (Court of referrals), which ruled in favour of the Aveyron village, considering that the contentious brands had been registered “fraudulently” within the framework of a “strategy aimed at depriving the Laguiole municipality and its citizens of using the name”. In addition to the invalidity of the 20 brands registered, the municipality of Laguiole received $50,000 in compensation for the non-pecuniary damage suffered. The Court assessed that the Municipality had been deprived of its name and its reputation harmed.

It is worth noting that to fight against such practices, the Hamon Law dated March 17, 2014 had already given territorial authorities new means of defence by allowing them to be informed by France’s National Institute of Intellectual Property (INPI) of any application for registering a trademark incorporating the name of the municipality or a similar name and by giving them the right to oppose its registration.

This legal saga clearly sums up just how hard it is to protect the name of a regional authority in the face of a competing brand. A ruling that could therefore reveal the judges’ determination to protect local and “Made in France” interests.

Caution: the ruling should nevertheless be taken with a grain of salt. Some Laguiole brands are still on the market and the businessman can still file another appeal.