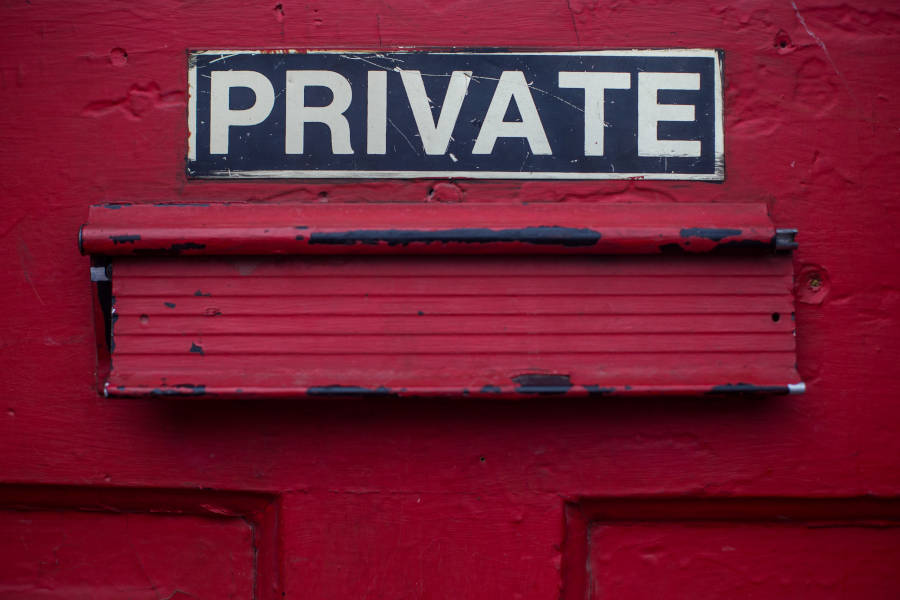 Respectful of fundamental rights such as freedom of speech and the right to privacy (2), France has the obligation not only to guarantee through her legislation the confidentiality of communications made by telecommunications (3) but, above all, to prohibit “any person other than the users, without the consent of the users concerned, from listening, intercepting, storing or otherwise subjecting communications to interception or surveillance, except in the event that such interception or surveillance are lawfully authorized (4)“.

This prohibition reflects another principale, the secrecy of correspondence, which violation is punishable under articles 226-15 and 432-9 of the Criminal Code (5) and article L. 33-1 of the Postal and Electronic Communications Code.

Although this prohibition seemed clear, the French courts had to rule on the issue of the employee’s correspondence in the company.

In accordance with this principle, on November 2, 2000, the Paris Criminal Court noted, on one hand, that the term “correspondence” referred to any written relationship between two identifiable persons, whether notably closed or opened letters or messages ; and, on the other, that an electronic message sent from person to person was deemed confidential correspondence (6).

Since then, many litigations have emerged over dismissals that occurred after suspicious e-mails were found by employers in the employee’s professional mailbox.

But, not just any message: the message stated personal.

In the famous “Nikon (7)” case of 2 October 2001, the French Cour de cassation decided for the first time that, “even during working hours and at the workplace, the employee is entitled to privacy ; and that, this implies, in particular, the secrecy of correspondence“.

The French Cour de cassation concluded that “the employer cannot, therefore, without violating this fundamental freedom, be aware of the personal messages sent or received by the employee through use of a computer made available to the employee for his work, even if the employer has prohibited a non-professional use of the computer (8)“.

With this landmark decision (9), the French Cour de cassation established the employee’s right to privacy at the workplace.

Consequently, the employer may not open or consult emails specifically identified as “personal (10)” unless the employee is present or duly informed (11), or if there is a particular risk for the company (12).

Without the express mention “personal”, such emails on a professional computer are presumed to be for professional purposes, meaning that the employer is entitled to open them in the absence of the employee (13).

In such circumstances, this would be considered a form of control – at the workplace and during working hours (14) – that the employer exercises over the employee, which stems directly from the relationship of subordination.

However, on July 10, 2019, the French Council of State (Conseil d’état) approved the dismissal of an employee representative (considered a “protected employee”, a status under French law which protects an employee from certain forms of dismissals) after he had consulted, outside working hours and the workplace, the correspondence, explicitly stated personal, on the professional messaging system of a colleague (15).

The French Council of State (Conseil d’état) considered that, such behaviour should be considered as a breach of the duty of loyalty arising from the employment contract, even if it occurred outside working hours and the workplace.

In that decision, the French Council of State (Conseil d’état) went even further than the French Cour de cassation by reiterating that respecting privacy is a fundamental and irreversible right that no one can violate, not even a protected employee (employee representative)…