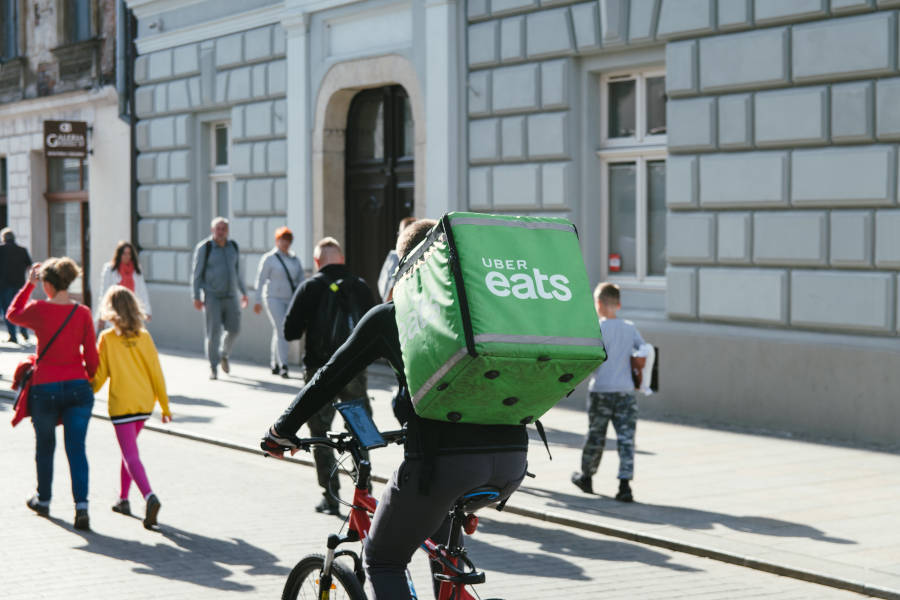 For several years, there have been discussions and debates in France and a number of other countries on the status and protection of those who work for digital platforms. The various actions led by couriers and drivers in several European countries, including France, have led to decisions that have fuelled those discussions. In the United States, a struggle that was initiated in 2015 by independent drivers against the platforms they were working for continues still. Legislation itself has sometimes evolved to take into account the very specific relationship on which the economic model of platforms is based. As we draw close to the end of 2021, we’d like to provide you with an overview of the current situation.

What evolutions have there been in France over the past few years?

In French law, there is no other possible status than that of employee or self-employed. However, the legislator has taken a stand on the status of digital platform workers and several cases brought to court have given judges the opportunity of making decisions in view of the conditions in which these new workers perform their functions.

Two laws lay down specific provisions for those who work for collaborative platforms.

The French El Khomri Law of 8 August 2016 (1) lays down a specific protective mechanism for those who work for platforms but do not benefit from employee status.

Also, the French Orientation and Mobility Law of 24 December 2019 (2) supplemented this protection. People who work for platforms may now refuse to provide a service without it resulting in a sanction, or choose their working hours, including when they are logged off and inactive. Hence, these arguments can no longer be used by platforms to terminate a contractual relationship (3).

The measures regarding the representation of platforms’ workers which were introduced by an executive order (5) were adopted by the French National Assembly on October 21 and amended by the French Senate on November 15, 2021. The purpose is notably to provide guidance on the implementation of professional elections as of the beginning of 2022.

Several legal disputes have allowed the French Court of Cassation to make decisions on the nature of labour relations between drivers, delivery staff, and digital work platforms.

In the various cases concerning digital platforms, judges have defined the relationship of subordination by using the “body of evidence” method that allows for the presumption of non-salaried status (6) to be overthrown.

The decisions relative to the status of people working for digital platforms are in line with the “Société Générale” judgement (7) of 1996:

– The relationship of subordination is defined by the performance of work under the authority of an employer who has the power to give orders and instructions, to monitor their execution, and penalise the failure to respect them.

– Work within an organised service may constitute evidence of a relationship of subordination, in particular when the employer unilaterally determines working conditions.

The following elements led judges to define the convention between the company and the worker as an employment contract:

– A geo-tracking system allowing the company to monitor the courier’s position in real-time and count the number of kilometres travelled by him;

– The power to penalise the courier.

– The driver had joined a transport service department that was created and totally organised by this company, without him having the liberty to establish his own client base or freely fix his rates and the conditions in which he performed his transport service.

– A set route was imposed on the driver with pricing adjustments if the driver did not follow the planned route.

– The driver was sometimes unaware of the final destination, which stopped him from freely choosing the journeys he wished to undertake.

– The company had the ability to temporarily disconnect the driver from its application, in particular as of three journeys refused.

All of these elements taken together made it possible to deduct that the work was carried out under the authority of an employer who had to the power to give orders and instructions, to monitor their execution, and penalise the failure to respect them, and that as a consequence the driver’s standing as an independent worker was fictitious.

On the other hand, after studying each piece of evidence presented by the courier, in its decision of 7 April 2021, the Paris Court of Appeal determined the absence of any relationship of subordination between the courier and the meal delivery company Deliveroo. In this instance, the Court noted that geo-tracking was inherent to the service requested and that Deliveroo service providers could choose their work hours and their place of work.

On 12 May 2021, the same Court of Appeal judged that the contract for the provision of services signed between UBER BV and a driver should be redefined as an employment contract. By 10 judgements dated 16 September 2021 (11), the Court also determined that the partnership contracts binding UBER to 10 private hire vehicle drivers should be defined as employment contracts.

Elsewhere in Europe, there have also been judgements that recognise service providers as having employee status or an intermediate status similar to employee status, and the supreme bodies throughout Europe wish to provide a protective framework for people who work for platforms.

In the United Kingdom: an intermediate status.

On 19 February 2021, the Supreme Court in the United Kingdom ruled that Uber drivers were workers, not independent contractors. The Court saw that the drivers had very little say in their organisation. The status of workers is different from the status of employees. Workers do not benefit from any cover in the case of dismissal without just cause but this status is similar to employee status.

On 14 November 2019, the Italian Court of Cassation observed the working conditions of the workers bound to meal delivery company Foodora an “etero organizzazione“: in the evening, the delivery staff were obliged to wait on the three main squares in Rome for their delivery jobs to come in. They had to pick up the meals from the restaurants within 30 minutes of the time indicated and failing that would have to pay a 15 euro fine.

On 25 September 2020, the tribunal supremo redefined the relationship of the couriers enlisted by Glovo as an employment relationship after having observed their actual situation, i.e. their obligatory advance registration at specific times, their daily ratings, and their errands allocated according to their grades.

On 24 February 2021, the European Commission initiated a two-phase consultation process with social partners on how to improve the working conditions of people working via the intermediary of digital work platforms. The process terminated on 15 September 2021. The European Parliament asked that people working for digital platforms such as meal delivery service providers benefit from the same rights as traditional employees (12).

And outside of Europe?

Several class actions have been led by drivers working for the platforms Lyft and Uber to obtain the recognition of their “employee” status rather than “independent contractor” status.
Adopted by a referendum organised by Uber and Lyft in November 2020, “Proposition 22” established the independent status of drivers providing services to platforms instead of employee status. This text was however considered unconstitutional by the Supreme Court of California in August 2021. Therefore, the drivers’ status has not yet been clarified. Stay tuned…