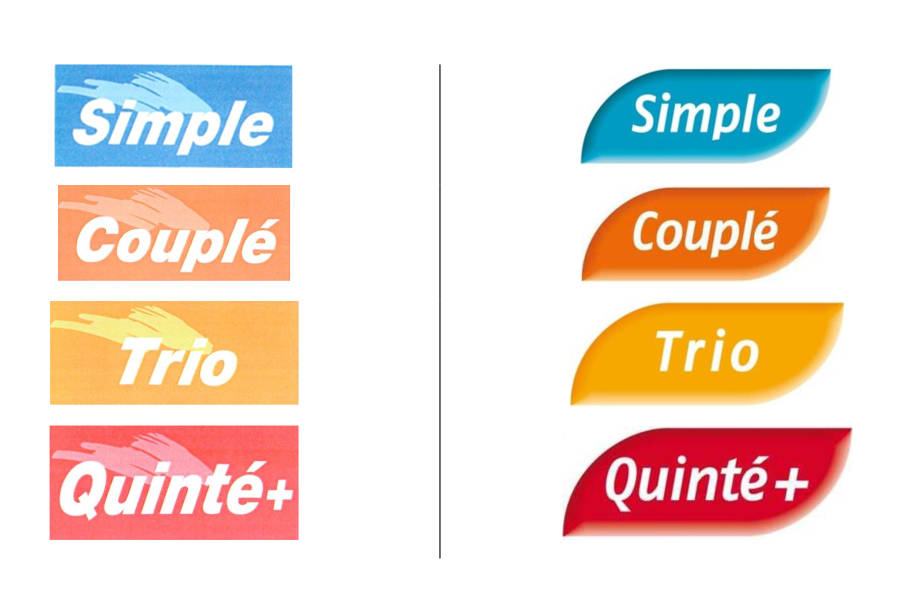 In our “Trademarks” newsletter of 25 June, we reminded you that any holder of a trademark must effectively use it – i.e. he must make proper use of it in accordance with its essential function, which is that of guaranteeing the original identity of goods or services for which it was registered.
In the absence of such effective use in the 5 years following the registration of the trademark (the duration can vary depending on the country), or during an uninterrupted period of 5 years (idem), trademark rights in question may be subject to a total or partial cancellation action (1).

During the lifetime of a trademark, it is common that the form under which it was registered changes.
Modernisation of a logo, suppression of descriptive wording, simplification of the visuals or wording, change in colour, font, etc.

Are these new non-registered versions considered as constituting the use required to maintain rights over the initially registered trademark without incurring cancellation proceedings?

Aware of possible changes to registered trademarks, which can be indefinitely renewable in the absence of specific difficulties, lawmakers have provided for “the use of the trademark, by its owner and with his consent, in a modified form that does not alter its distinctive character, whether the trademark has been registered or not in the owner’s name in the form used” (2).

This disposition allows for the evolution of a trademark’s form, within the framework of its commercial use, with variations that allow it to be better adapted to the requirements of the commercialisation and promotion of the goods or services in question. The condition is as follows: that the variations made to the trademark registered do not modify its distinctive character, that is to say, that they do not modify what characterises it.

How can you determine the limits of these trademark modifications? How much of a modification can be made to the form of a trademark without incurring cancellation of your rights for the motive that the new form does not conserve the distinctive character of the registered trademark?

This is most certainly a legal question. Yet it is also a question of appreciation. Consequently, in practice what modifications are susceptible to alter, or not, the distinctive character of your trademark?

Past examples provide guidelines for appreciation. Here are some of those examples.

Use of a word trademark with slightly modified spelling

In response to the required evidence of use, advertising material was provided for the product “TERRAFOR ‘ventre plat'”. They showed the use of the wording “TERRAFOR” and not “TERAFOR”.
Paris Court of Appeal considered that use of a double letter R didn’t incur a change in the sound of the registered word and that this modification would not be noticed by the public and that, therefore, the distinctive character of the trademark was not altered by this modification (3).

Use of part of the registered sign – the “MONKIOSQUE” saga

MONKIOSQUE.FR MONKIOSQUE.NET” trademark owned by the company Toutabo, of which the cancellation of rights was requested by the company Lekiosque.fr, was qualified as effectively used to designate electronic and on-line publishing services, and such despite its use in a slightly modified form (4).

It was effectively judged that:

– the addition of a graphic element and colours did not alter the distinctive character of the trademark as long as the wording “monkiosque” was present and legible in one word only – the written elements that constituted it were duly reproduced -, and that its distinctive character was not defined by the double use of the same word,
– the extensions “.fr” and “.net” were only relative to the needs of the Internet and did not provide a further element of a distinctive character.

When a trademark is used under a “shortened” form, is such use considered as use of the trademark as registered?

If the removal of descriptive terms such as the name of the product or service (such as chocolate, hairdressing, insurance, etc.) has been recognised as not altering the distinctive character of a registered trademark, suppression of wording that participates in the overall impression of the registered sign is considered as altering the distinctive character of the sign registered as a trademark.

Thus, as an example, the use of the sign ‘CORA’ instead of the registered trademark ‘CORA HARMONY’ (5) is not considered equivalent to the use of the latter and the rights attached to it may be subject to cancellation for non-use.

Therefore, it was considered that:

– If the sign ‘CORA HARMONY’ begins with the arbitrary term ‘CORA’, it is visually longer, as it is made up of two terms that constitute a whole, in which the second term ‘HARMONY’ is more important from a visual point of view as it is made up of 7 letters out of the sign’s 11 letters and attracts attention because of its foreign spelling.
– From the point of view of its design, this trademark refers to a separate term due to the presence of the word ‘HARMONY’ even if that word is in second place. This word would immediately be understood by French public as meaning ‘HARMONIE’, i.e. a variant used to describe the first term ‘CORA’ but also spontaneously bringing to mind the specific idea of an association or agreement of an association, which is totally inexistent in the use of the sole term ‘CORA’ and thus irrefutably modifying the perception thereof.
– Nothing incites the concerned public to believe that one of these products, presented as a Cora product, would be a product belonging to the ‘CORA HARMONY’ trademark whereas this expression, no more than any other reference to ‘harmony’ or search for harmony is never used or even alluded to by the company Cora, for their commercialisation.

Modified form of a semi-figurative trademark 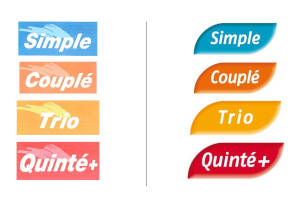 The Court has upheld that the modification cited by the appellants for the cancellation proceedings, i.e. “the shape of the text box with the suppression of the stylised manes in a lighter shade” cannot be considered as altering the distinctive character of the signs as registered on the grounds that:

– salient colour of each text box remains unchanged,
– written element, which constitutes the main element of the registered trademark, remains unchanged and is repeated in lowercase with a capitalised initial.

Thus, the use of the modified form

is equivalent to the use of the registered trademark

Our Intellectual Property team remains at your entire disposal to assist you in the analysis of your exploitation of your trademarks.