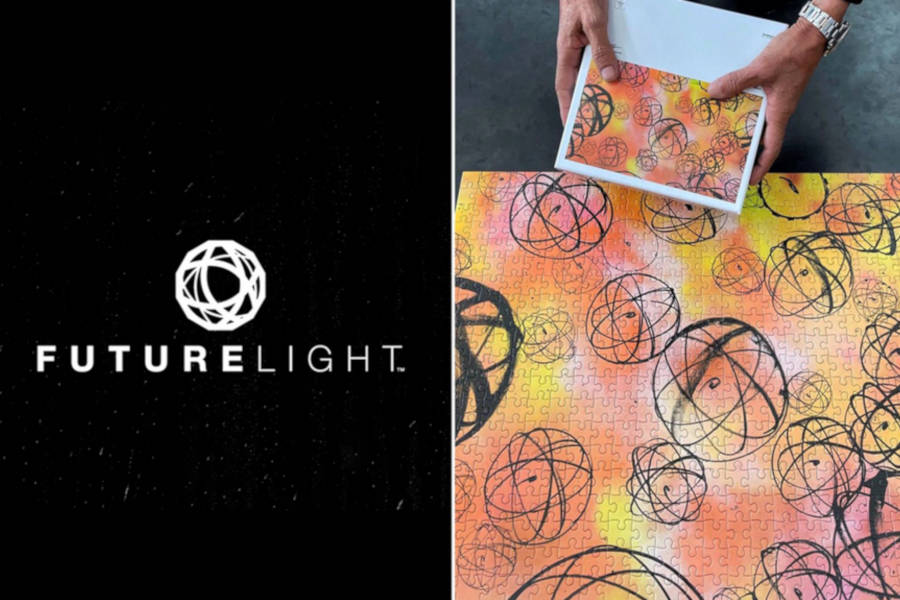 On July 1st, The North Face announced on its website the gradual withdrawal of the logo of its “Futurelight” collection.

This case is the perfect illustration of a frequent conflict between trademark rights and copyright.

Review of the facts behind the case

In October 2019, The North Face revealed to the public the launch of a new range of clothing with a technology called “nanospinning” that ensured that the garments would “breathe” whilst remaining impermeable. The range’s logo was the following: 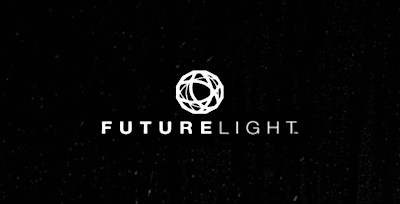 In January 2021, American street artist Futura, whose real name is Leonard McGurr, had a summons issued to the Californian company for infringement of his copyright. According to him, The North Face‘s new logo reproduced his most famous graffiti, in the shape of an atom, which is shown in several of his works such as: 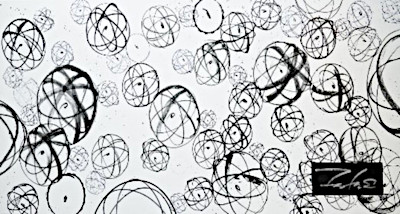 In April 2021, The North Face requested that the case be dismissed on the grounds that the controversial issues arose from a coincidence between independent creations as its design team had drawn its inspiration from the shape of their geodesic tent: 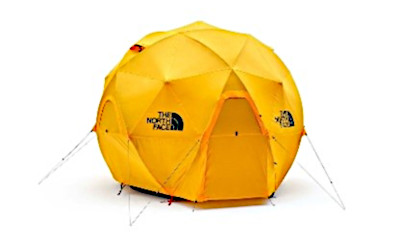 But also from the following elements:

(source: The North Face Will Discontinue Its Futurelight Logo After Futura Backlash | Complex)

After an exchange of press releases in the media, without recognising the infringement of which it was accused, and backing the independence of creation of its disputed logo

, The North Face decided to cease using such logo to designate its “Futurelight” range.

The case is currently under litigation.
Although the judges have not yet rendered their decision, this case raises a recurring legal question in terms of intellectual property: the link between copyright and trademark rights.

A brand’s logo enjoys dual protection: copyright for the illustration and trademark rights, once registration has been requested with the competent authority.

Yet, as the logo’s creation obligatorily preceded its filing as a trademark, copyright systematically takes precedence over the trademark rights registered later.

This reasoning is also applicable to the filing – and registration – of a logo as a trademark, which may present similarities with a pre-existing creation.

Indeed, filing a trademark – and its registration with the competent authority – does not guarantee that the trademark does not infringe on pre-existing copyrights. These form independent protections that are not impermeable.

Hence, in France, pre-existing copyright can oppose trademarks filed later, as per article L.711-3 of the French Intellectual Property Code, which sets out that “a trademark may not be lawfully registered and if it is registered, is susceptible to being declared null and void if it infringes on pre-existing French rights, in particular: (…) 6° copyright“.

In The North Face/Futura case, the pre-existence of the Futura motif – and the probable desire not to see its image too badly tainted by this affair – finally convinced the company The North Face to withdraw its logo. This withdrawal took place without the company even waiting to find out, on the one hand, if the logo claimed by Futura was considered original, and on the other hand, if its own logo

would be judged or not to be an imitation.

Not all creations are protected by copyright. To be so they must be original works

To be protected by copyright, any creation or intellectual work must be original. The term originality must be understood to mean bearing the mark of its author’s personality.

As such, the New York artist opposed his well-known atom motif to the logo from The North Face. The logos resemble each other.
This is for good reason, some would say, as both logos represent a stylised atom.

But does the disputed logo have the mark of Futura’s personality? What elements are there in Futura’s graffiti that make them distinguishable from another reproduction of the physiognomy of an atom? Were these characteristics, once determined, reproduced by the logo of The North Face?

The media context seems to have taken precedent over the legal evaluation of the originality of the work and the characterisation of counterfeit.

The existence of previous collaboration: back to the roots

In the early 2000s, Futura and The North Face worked together on the design of a clothing collection.

Around twenty years later, The North Face launched a new collection, independently of Futura, under the name “Futurelight” and designed under the logo of a stylised atom.

Hence, the name of the new collection could recall Futura’s name and the stylised atom, for its part, could evoke Futura’s stylised atom.

These two similitudes – which were at the very least connections – led Futura to consider that there was a risk of him being associated with the new Futurelight collection by The North Face.

Effectively, he considered that consumers could legitimately imagine that the new Futurelight collection by The North Face was the fruit of a new collaboration with The North Face because of the visual similitudes and similar-sounding names.

Which would have been prejudicial to him, in particular, by drawing on his reputation.

In order to reduce the consequences of a possible unfavourable decision that may recognise infringement on the artist Futura’s rights, The North Face decided to gradually withdraw the disputed logo, thus allowing the company to decide on its marketing and sales calendar, rather than facing an unknown legal calendar.

The case is currently pending in the American courts. Futura has requested that the disputed line of clothing be withdrawn from sale and that he receive compensation.

It is even more in Futura’s interest to protect his atom as he has made it a valued business tool, which has allowed him – thanks to the notoriety acquired – to enter into partnerships with well-known and highly respected brands such as The North Face in the early 2000s, Hennessy in 2012, Uniqlo in 2017, BMW in 2020, and AllRightsReserved in 2021.