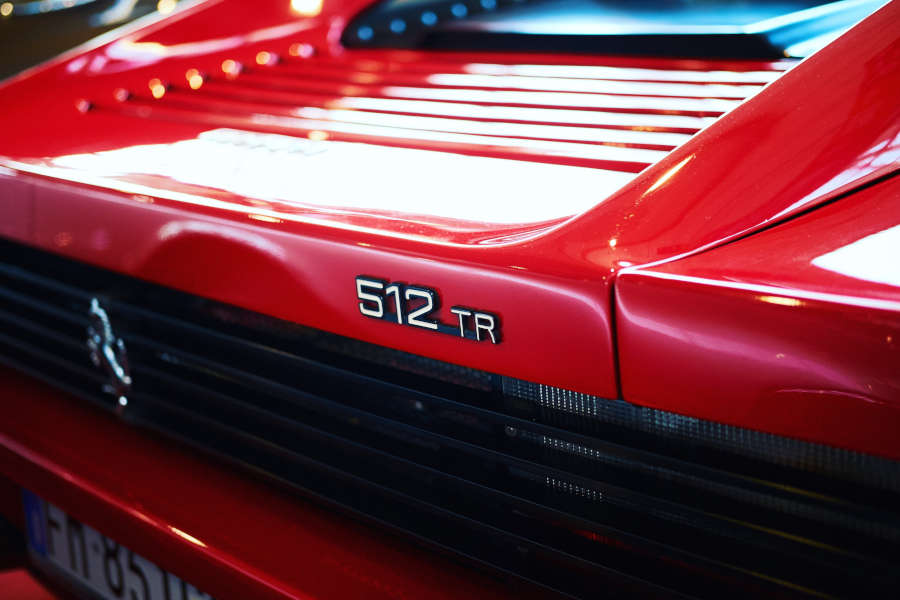 In our “Trademarks” newsletters of 25 June and 24 September 2020, we reminded you that any holder of a trademark has the obligation to effectively use it in the 5 years following its registration and, beyond that time, to never suspend such effective exploitation without serious grounds for an uninterrupted period of 5 years.

This question was raised at the European Court in two cases between Ferrari SpA and DU, the latter having filed a claim for the cancellation of Ferrari SpA’s trademark rights in respect of two of its trademarks, in this particular case

Brief reminder of the facts:

Presented at the Paris Motor Show in 1984, the Ferrari “Testarossa” car met with great success and appeared in the famous series Miami Vice. On sale until 1991, it was then replaced by the 512 TR model (TR for Testarossa) which was sold until 1996 and of which a total of 7,177 vehicles were produced.

Within this framework, Ferrari SpA registered the distinguishing sign

trademarks for lack of effective use for an uninterrupted period of 5 years was brought by DU.

vehicles did not constitute effective exploitation of the disputed trademarks, The Higher Regional Court, Dusseldorf, Germany, doubtful of this interpretation, made requests for a preliminary ruling to the European Court of Justice (ECJ), made by decisions of 8 November 2018.

The ECJ judgement of 20 October 2020 provides an interpretation that is extremely interesting for trademark holders in respect of these questions of use.

Following are certain aspects of this decision that constitute new elements.

We remind you that a trademark is considered as “effectively exploited” when it is exploited in accordance with its essential function, which is to guarantee the identity of the origin of the products or services for which it was registered, in order to create or preserve a market for such products and services.

This excludes the token use for the sole purpose of maintaining rights conferred by the trademark.

1/ Is a trademark considered to be the object of effective exploitation by its owner, when the latter sells used goods marketed under that trademark?

The sale itself of used goods bearing a trademark does not mean that the trademark is “exploited”.

Effectively, the trademark in question was exploited when it was put, by its owner, on the new goods, when such goods were first put on the market.

This nuance stems from the principle of the exhaustion of trademark rights.

The Court ruled on this essential point.

Therefore, it recognises that a trademark is considered to be the object of effective use by its owner when the latter sells used goods put on the market under that trademark.

2/ Is a trademark considered as effectively exploited by its owner when the latter provides certain services relative to products previously sold under that trademark?

The Court responds positively: exploitation is considered effective when the services are directly related to the products previously sold and aim to satisfy the needs of customers having purchased those products.

It specifies: Such exploitation presupposes that such services are supplied by the trademark owner.

3/ The specificity of the appreciation of the use of a trademark designating luxury goods, in practice

Luxury goods are often sold in small numbers and during a short period of time. This strategy makes them rare and objects of desire for collectors.

This decision by the ECJ raises hope for the survival of luxury trademarks whose owners may have totally ceased selling new products but who continue, nevertheless, to use their trademarks for the sale of used products of the same brand or to provide directly related services.