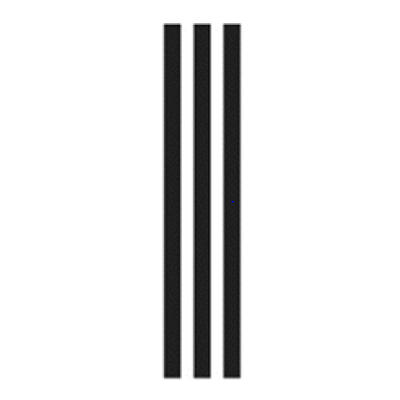 The Court of the European Union ruled one of Adidas’ figurative trademarks invalid.

The above European Union figurative trademark was registered on May 21, 2014.

However, the Belgian company, Shoe Branding, with its “two parallel stripes” mark which it intended to have registered for shoes, in order to bypass opposition from Adidas, applied to have the Adidas trademark of three black stripes on a white background, annulled.

Following Adidas’ second appeal, the EU court confirmed, on June 19, 2019, the invalidity of the trademark consisting solely of the design of three parallel black stripes on a white background.

The distinctive character of the trademark is understood as being that which allows the consumer to distinguish and identify the product or service from competitors’ products or services of the same kind. In other words, the trademark refers to a particular commercial origin. This requirement is also intended not to exclude retailers from the possibility of using a basic sign to display their product or service to consumers.

This is why a descriptive or “too ordinary” sign for a design cannot be considered as a trademark.

One of the main questions that led to the debate was how to assess when distinctiveness through use is acquired.

Adidas argued that the notion of use of the trademark should be interpreted in the same way as the notion of genuine use of a trademark, which sometimes includes the use of that trademark in forms that differ from the form covered by the registration.

However, the EU court reiterated that the notion of use of a trademark must be interpreted as referring, in the first instance, to the use of the trademark in the form in which it is registered and, secondly, where applicable, to the use of the trademark in forms which differ only in the slightest variations. In other words, the forms used must be considered as generally equivalent to the form subject to registration.

In order to demonstrate that its trademark had acquired a distinctive character through use, Adidas provided elements which, according to the EU court, could not be taken into consideration because they deviated from the essential characteristics of the registered trademark (black stripes on a white background). The EU court ruled that the examples provided, such as those presented below (white stripes or thick stripes on a black background), differ from the sign covered by the disputed trademark.

After having ruled that the disputed trademark was “an ordinary figurative mark”, the EU court added that the simpler a mark is, the less likely it is to have a distinctive character and the more it is modified, the more likely the essential characteristics are affected and thus alter how the mark is perceived by the relevant public.

In addition, Adidas only demonstrated the use of its claimed trademark in five Member States, which did not seem sufficient for the EU court to overrule the lack of distinctiveness.

However, Adidas may still file an appeal with the European Union Court of Justice in order to have its trademark recognized.

Adidas will need to prove that its three parallel black stripes alone allow the consumer to associate the product with its name and justify that distinctive character through use has been acquired in all the territories of the European Union.

It is not all over yet for Adidas… To be continued.