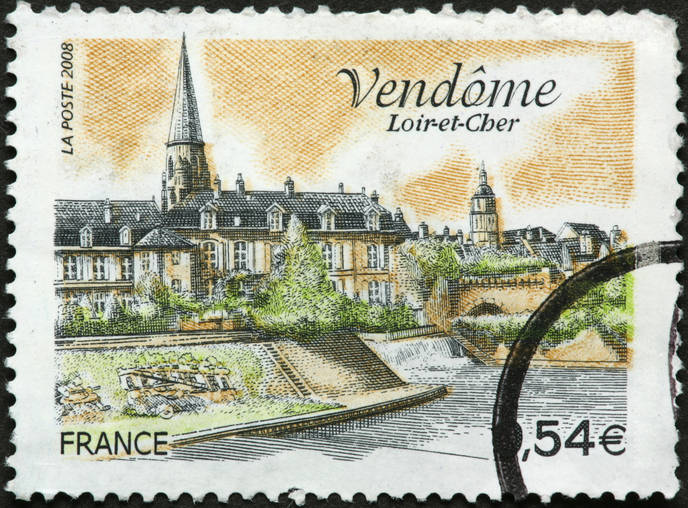 On 30 March 2012, Vendôme city council, a territorial authority in the Loir-et-Cher department of France, applied to the French National Institute for Intellectual Property (INPI) for the protection of the name “Vendôme” as a French trademark, identifying varied products and services.

This trademark was partially assigned to LOUIS VUITTON MALLETIER company in 2018. This transfer of ownership has been recorded and published in the French Official Intellectual Property Bulletin (BOPI) on 18 March 2018. This partial transfer was then made public without eliciting any comments from the press.

On 14 January 2019, the town of Vendôme made a further application to register the trademark “Vendome”, in addition to the trademark dating from 2012, to cover a larger range of products and services, including those already included in the trademark of 2012, with no official reaction from the LVMH Group.

At a council meeting at the start of 2021, the town approved partial transfer of its rights over the last trademark “Vendôme”, to LVMH as long as such trademark identifies jewellery, in particular. Amount of the transfer transaction was €10,000, which was said by some to be pitiful.

The principle and amount of this transfer were the object of heated debate both among the general public and political opposition.

From a legal standpoint, it is an opportunity to recall the questions raised by the protection, as a trademark, of territorial authorities, which is a recurring issue in intellectual property. A brief review of the key principles will undoubtedly allow for a better grasp of the latitude individuals are allowed.

1. A trademark must not damage the name, image, or reputation of a territorial authority

The law is very clear: a denomination may not be adopted as a trademark if it damages the name, image, or reputation of a territorial authority (1).

This rule does not aim to generally prohibit third parties from registering as trademarks the names of territorial authorities but to reserve the possibility of prohibition if such registration would to damage public interests (2).

In practice, judges seek to ascertain whether the registration entails a risk of confusion with the characteristics of the territorial authority (3).

For example, the municipality of Laguiole, which is particularly well known in the field of cutlery and gastronomy, has made requests for cancellation of the registration by third parties of the trademark “Laguiole”, and some of these requests have been deemed receivable (4).

2. A trademark should not damage the territorial authority’s trademark

As we can see from the example of the town of Vendôme, territorial authorities may protect their names as trademarks.

This specific protection allows them to oppose the registration and use of their name as a trademark by a third party, on the grounds of counterfeit.

Law 2014-344 of 17 March 2014 relative to consumer affairs provided territorial authorities with a new monitoring tool.
A new article in the French Intellectual Property Code, L. 712-2-1, states, in particular, that “Any territorial authority or public establishment for inter-municipality cooperation may ask the INPI to inform it if a registration request is received that contains its name, (…)“.

3. A trademark should not show any geographical indication

However, this rule merits clarification: normally, just one geographical indication registered for products or services identical or similar to those of the trademark in question should be susceptible to constituting anteriority that can be used against the registration of the aforementioned trademark (6).
That is why the trademark “Champomy”, which identifies fizzy apple juice for children (7) can be used, as fizzy apple juice is different to Champagne.

4. A trademark should not be misleading

Given the above, is the partial transfer of the trademark “Vendôme”, which designates jewellery, in particular, valid under trademark law? Is there not a risk of misleading the general public?

If we review the conditions for legality, the partial transfer of the trademark “Vendôme”, for the designation of jewellery, in particular, seems perfectly valid:
– The Town of Vendôme is not renowned for jewellery;
– There is no infringement of designation (“Appellation d’origine”) or indication of origin (“Indication d’origine”);
– LVMH owns a building in Vendôme, which houses a workshop where leather bags are made and, according to public information, will be opening a factory in the north of the town.

However, whereas LVMH Group, which now owns the trademark Vendôme, can stop its competitors from designating a product or collection of jewellery or leather goods with a trademark that includes the term Vendôme, it can not oppose the use of that term to describe or identify those competitors who are installed on Place Vendôme in Paris and presented under the traditional term “The Great Names of Place Vendôme” (“Les Grandes Maisons de la Place Vendôme”).