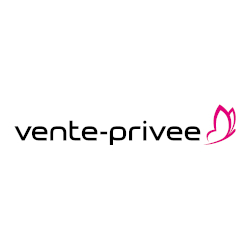 The companies Showroomprive.com and Vente-privee.com both specialize in online clearances of multi-brand surplus stocks and offer their members flash sales events (over a period of a few days) of unsold products at highly discounted prices.

Showroomprive.com has summoned Vente-privee.com to have its French semi-figurative trademark “vente-privee” n°4055655 (see image below) cancelled, on the grounds that its filing was fraudulent.

Pursuant to a decision given on October 3, 2019, the Paris Court –Tribunal de grande instance– supported Showroomprive.com’s claim, considering that Vente-privee.com had fraudulently registered its trademark.

The decision provides an opportunity to review what qualifies as a fraudulent filing under trademark law.

Since the concept is not defined under law, it can only be qualified through legal analysis and case law.

The Paris Cour d’appel defines fraud as the act of “registering – a trademark – with the sole intention of harming and/or inappropriately benefitting from a transaction legitimately undertaken or hindering it by opposing the ownership of the trademark fraudulently obtained” (CA Paris, 23 February 2000).

The Commercial Chamber of the Cour de Cassation has clarified this notion by adding that “a trademark application is tainted by fraud when it is made with the intention of depriving others of a sign that is necessary for their business” (Cass.com., 25 April 2006, no. 04-15641).

In addition, the European Court of Justice (“ECJ”) held in a 2009 judgment (Chocoladefabriken Lindt & Sprüngli) that “the intention of the applicant at the relevant time is a subjective factor which must be determined on the basis of the objective circumstances of the particular case“.

In the present case, the Paris Court considered that the bad faith of the applicant, Vente-privee.com, was sufficiently demonstrated to qualify the fraud tainting its trademark application.

The court relied both on the factual elements relating to the brand on the one hand, and on the intention sought by Vente-privee.com, on the other hand.

The Judges have first of all noted:

That many factors establish that the term “private sale” refers, in 2013 and well before, generally speaking, to the service of offering for sale a limited number of brand name products from surplus stock during a limited period of time and to a restricted public on an invitation-only basis.

It also considered that venteprivee.com had enjoyed unparalleled success in adapting this model to online sales and as a result could not claim ownership of generic terms and had no legitimacy whatsoever in monopolizing the expression “vente-privee” (“private-sale”), which is extremely close to “vente privée” (“private sale”) for its own benefit, by depriving its competitors from using the same terms and as a result, creating a bias in the rules of free competition.

In addition, the court found that the generic quality of the expression was known and that Venteprivee.com intended to appropriate these terms.

In the present case, the manager of the Company, who had stated twice in the press prior to the registration of the trademark, had admitted and disclosed this fact and the Company’s intentions:

“The name “vente privée” (“private sale”) is the name of our site which we could have called differently, it is a generic term and we found it to be very, very good. We were lucky it wasn’t registered and we called ourselves “vente-privee.com”, which says it all“.
[…]
“If I can make the term “private sale” belong to us one day, so much the better. I understand that I can be blamed for it, but that is the game, everyone defends their territory“.

Noting the confusion created and the extreme similarity existing between the trademark and the generic term as well as the declared intentions of the applicant Company, the court was able to grant the claim of its competitor Showroomprive.com seeking the cancellation of the French semi-figurative trademark:

in so far as it designates the services of Class 35.

This decision is particularly interesting because it follows a series of decisions made with regard to the French verbal trademark “vente-privee.com” n°3623085, for which the applicant is also Vente-privee.com.

However, since the latter is subject to appeal, it is likely that the legal saga between Showroomprive.com and Vente-privee.com is yet to be over…