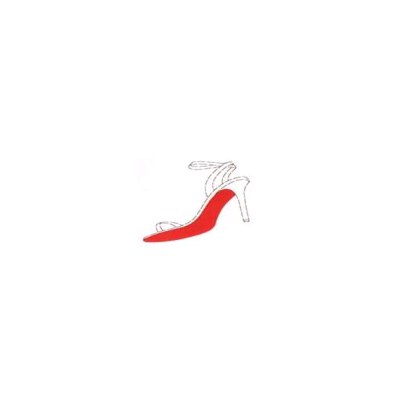 The Court of Justice of the European Union has decided on Tuesday 12 June and has sided with Christian Louboutin: a colour, when placed on a product or part of a product, may be registered as a trademark in the European Union insofar as it allows the consumer to identify the origin of the purchased product.

Christian Louboutin will therefore retain its trademarks in the European Union, consisting exclusively of colour 18-1663 TP of the Pantone colour chart, placed on the sole of its high-heeled shoes.

Among its numerous trademarks, the Benelux trademark was registered in 2010 in the “shoes” class and, as of 2013, in the “high-heeled shoes” class. This trademark is described as consisting of “the colour red (Pantone 18-1663 TP) applied on the sole of a shoe as represented (the contour of the shoe does not form part of the trademark but is used to show the placement of the mark)”.

In 2013, Mr. Louboutin and his company filed a lawsuit for trademark infringement against a Dutch company named Van Haren, which had marketed high-heeled shoes with red soles in 2012.

In its defence, Van Haren argued that the trademark invoked was invalid due to the fact that this trademark was solely constituted of the shape of the product in question (in this case, the sole of a high-heeled shoe).

Having been called upon by the Hague Tribunal, the Court of Justice of the European Union (CJEU) responded to its interlocutory question regarding the validity of the colour trademark (Pantone red 18-1663TP) invoked by Christian Louboutin.

According to its decision of 12 June 2018, the Court decided that the term ”shape” mentioned in the law must be construed according to its common meaning. However, a colour in itself, when not delineated in space, does not constitute a shape.

This applies even if the shape of the product (or part of the product) plays a role in delineating the colour in its space: the sign for which trademark protection was sought cannot be considered to consist of its shape, for which no registration was requested, but rather only as the application of a colour on a specific area of the product, in this case, a positional mark.

While this decision is a legal decision, the work and investments of Mr. Louboutin to ensure the monopoly of Pantone 18-1663 TP red soles have also ensured this favourable decision. Indeed, the impact of the considerable investments made by Mr. Louboutin and his Company to promote his “colour trademark” and their communication efforts on their red-soled shoes should not be downplayed. They have largely contributed to giving a strongly distinctive characteristic to the red-coloured soles as a result of constant use.

In addition, given the numerous decisions of the European Union Intellectual Property Office (EUIPO) refusing to register positional marks for “lack of distinctive character”, we can only temper the future enforcement of the general rule set by the CJEU.