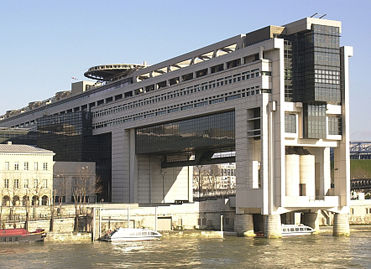 As announced in our Corporate newsletter of October 19, 2018, the legal framework for foreign investments in France has been modified by the PACTE Law.

A decree (Decree no. 2019-1590) and an order (Order ECOT1937237A) published on December 31, 2019 specify the new legal regime and, in particular, the procedure for requesting prior authorization from the Minister of the Economy.

The new provisions resulting from these texts will apply to requests for authorization submitted as of April 1, 2020.

1. Broader scope in procedure for requesting prior authorization from the Minister of the Economy.

Notification is required for certain investors making certain types of investments in activities defined by decree.

The decree has extended the scope of prior authorization by broadening the definitions of “investors”, “investments” and “activities concerned”.

The notion of “investor”, now provided for in Article R. 151-1 of the Monetary and Financial Code, was reworded as follows:

All persons belonging to a “chain of control”, i.e., a combination of an investor that is a legal entity and the persons and entities that control it, will also be considered investors.
Control, which is typically assessed with reference to Article L. 233-33 of the French Commercial Code, may be established by application of Article L. 430-1, III of the same Code, which takes into account the rights, contracts or other means that confer the possibility of exercising a decisive influence on the activity of a company.

Regarding the notion of “investment”, crossing the threshold of 25% of the voting rights held in an entity governed by French law (instead of the current 33.33% threshold) will now be subject to authorization. The exceptions provided for a European qualified investor are maintained.

When an investor acquires control of an entity in which it already held 25% of the voting rights under a previous investment authorization, the investor will be exempt from obtaining a new authorization. However, such an acquisition will have to be notified in advance to the Minister of the Economy.

Finally, the decree modified the notion of “activity concerned”:

– by removing any distinction based on whether the investment comes from a European or a third country, or whether it is made by a company governed by French law.

– by adding new sectors to the list of activities concerned, such as the written press, online political and general information services, food safety, energy storage and quantum technologies.

2. Changes to the authorization procedure.

As of April 1, 2020, an investor who wishes to consult the Minister of the Economy to determine whether the planned investment is subject to authorization will first need to obtain the consent of the target company in order to request the Minister’s opinion.

The 2-month period for granting the authorization has been extended. The Minister will have an initial 30-day period following receipt of the investor’s request for authorization to make a decision. However, if further review is necessary, the Minister will have an additional 45 days, starting from the date the investor receives the Minister’s first response, to refuse or authorize the investment, possibly subject to conditions.

If no response is received within the time limit, the application for authorization shall be considered to be denied.

The publication of these texts marks the completion of the new framework for foreign investment in France.