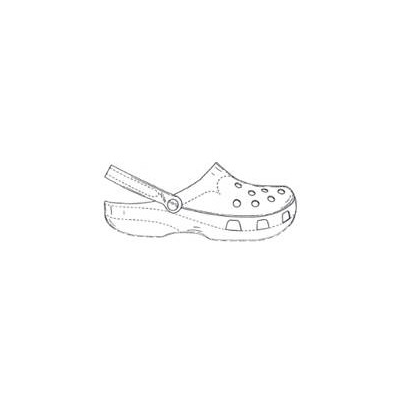 A drawing or model is considered new if, on the date of filing the application for registration or on the date of the claimed priority, no identical model or design has been disclosed, i.e. made accessible to the public (ex: publication, use, exhibition at a trade show or by any other means).

Are you, or your employees, creating a product that has a new appearance or a specific feature? A shoe? A piece of furniture? A handbag? Apparel? A pattern? Do not disclose it before having filed a registered design application. If you shared, released, or presented your product to the public less than 12 months ago, you should apply for protection of the design and model as soon as possible and do so, before the 12-month time period expires. Failing that, your registered model and design risks being cancelled for lack of novelty.

As such, Crocs, Inc.’s rights on the community model of its clogs did not survive the application for declaration of invalidity filed against them. Their novelty was destroyed due to the disclosure of the product more than 12 months prior to filing the registered Community design application.

In its decision of March 14, 2018, the EGC considered that disclosure was constituted by: showing the clogs at issue at an international boat show in Fort Lauderdale, Florida; putting the clogs on sale in the United States (for which sales trends are substantial for the EU market) and featuring them on the internet (which, by nature, is accessible everywhere in the world).
By doing so, and therein is the importance of the court ruling, the EGC took into account the evidence of disclosure having occurred outside of the European Union in order to rule on the invalidity of a community model.

The company Crocs, Inc. could have avoided its model being invalidated if it had managed to prove that the invoked evidence did not constitute disclosure, i.e. that its model could not reasonably have been known, according to normal business practices in the industry concerned, in this case, shoe manufacturing and sales professionals operating within the European Union.

The EGC specified elements that might have convinced the Court not to retain disclosure of the community model: proof that the website was not – in practice – consulted, or very little, by users from the EU; proof that the boat show had not been attended by exhibitors or participants from the EU; proof that the distribution and sales network of the clogs to which the disputed model or design had been applied was not, in actual fact, operational and that no orders had been placed via that network.

This ruling strongly reminds the caution that creators and right holders must exercise before any disclosure of their product. The actual international means of communication inevitably leads to more easily take into account evidence having occurred outside of the European Union even when protection had been requested for the EU territory.